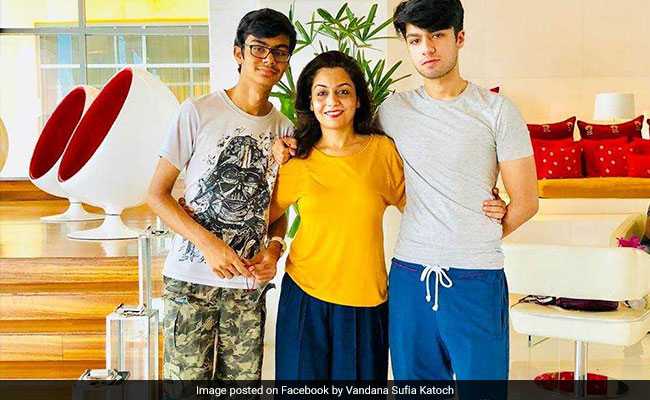 When Vandana Katoch, a mother of two living in Delhi, posted a message on Facebook congratulating her son for his performance in the CBSE Class 10 exam, probably the last thing she expected was to have the post go viral. In her post, she congratulated her son Aamer for scoring 60 per cent in his board exams, while stressing that although it was “not a 90”, it did not change how she felt.

“Super proud of my boy who scored a 60% in Class 10 board exams. Yes it is not a 90, but that doesn’t change how I feel. Simply because I have seen him struggle with certain subjects almost to the point of giving up, and then deciding to give his all in the last month-and-a-half to finally make it through! Here’s to you, Aamer. And others like you – fishes asked to climb trees.” she wrote.

Her post ended with some words of advice. “Chart your own course in the big, wide ocean, my love. And keep your innate goodness, curiosity and wisdom alive,” she wrote, adding “And of course, your wicked sense of humour!”

“Parents like this is goals… It’s an inspiration,” wrote one user, while many noted how lucky her son was to have a mother like her.

“Didn’t realise that the post will go this far,” she wrote in a post later, and thanked people for the love and support for her and Aamer.