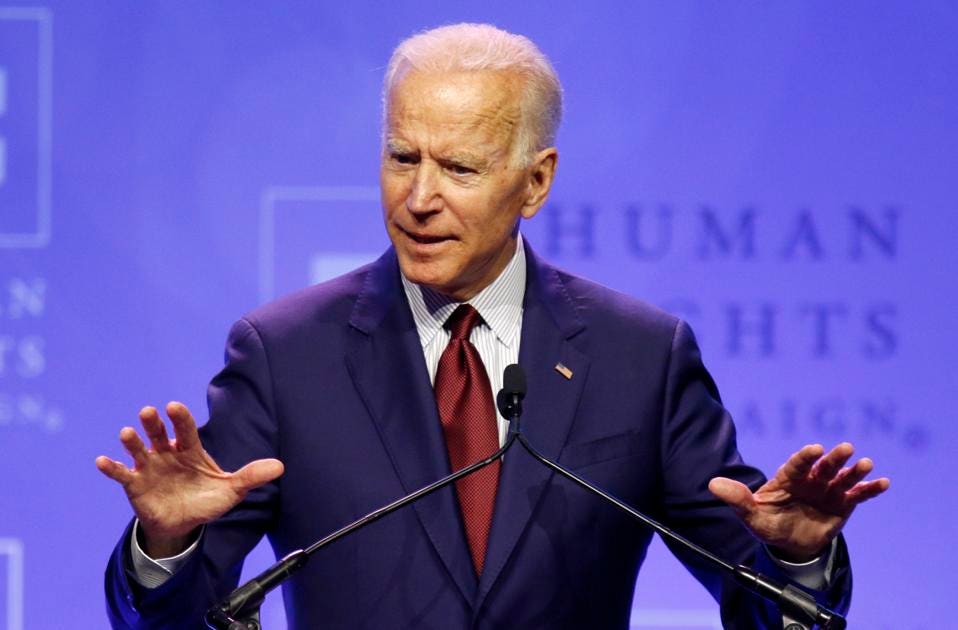 There are over 20 Democratic candidates running for President – and it’s quickly becoming one of the largest fields of presidential contenders in history.

Student loan debt and the cost of higher education have already become one of the most important issues being discussed on the campaign trail. And that’s not surprising – there’s over $1.5 trillion in outstanding student loan debt in America, and it’s now the second-largest type of consumer debt carried by consumers (only mortgages have a higher volume). Sen. Bernie Sanders proposed free college back in 2016 during his first run for President. And Sen. Elizabeth Warren released a detailed proposal calling for the cancellation of most student loan debt.

But where does former Vice President Joe Biden stand? He made a big splash when he announced his candidacy last month, and most polls show that he’s a clear front-runner. But he has not said much about student loan reform. Here’s what we know so far.

Unlike Sanders, Warren, and several other candidates, Biden had not released any formal proposal to tackle student loan debt until very recently. And he hasn’t said much about the proposals currently on the table, such as Warren’s proposal to cancel student debt, or even more modest proposals like Sen. Marco Rubio’s call to eliminate student loan interest. Last week, however, Biden finally released a proposal to simplify and streamline the Public Service Loan Forgiveness program, with a focus on teachers – similar to a bill proposed by Sen. Gillibrand and Sen. Kaine.

Biden Has Shown Some Support for Free College

Back in 2015, Biden did indicate he supported the idea of free college, saying, “We need to commit to 16 years of free public education for all our children… We all know that 12 years of public education is not enough. As a nation, let’s make the same commitment to a college education today that we made to a high school education 100 years ago.” While this general sentiment puts him in the same boat as several other Democratic candidates, he has offered no real specifics or plan for implementation.

Biden’s Past Positions May Offer Some Insight

Since Biden has not offered many current positions or proposals on student loan debt, we have to look to his past to get a sense of where he has stood historically on the issue. Here’s what we know:

Biden was by no means the only Democratic lawmaker to support changes to the bankruptcy code between 1990 and 2005. And it is important to note that as Vice President, Biden was part of an administration that created new programs and protections for student loan borrowers including Borrower Defense to Repayment and Pay As You Earn, as well as greater oversight of the for-profit college industry.

But, until he releases more detailed policy proposals to tackle student loan debt, all we have to go on are his prior positions as a lawmaker. We’ll just have to wait and see what else he comes up with.