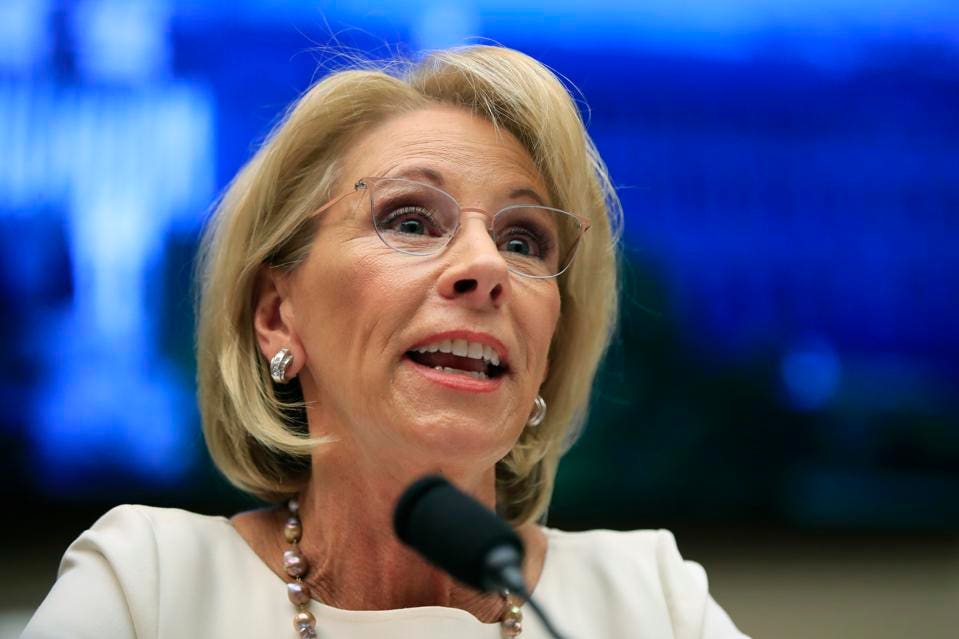 Student loan forgiveness for some borrowers just got harder.

Here’s what you need to know.

U.S. Secretary of Education Betsy DeVos announced Friday stricter rules for students who seek student loan forgiveness if they were defrauded by their college. The new rules, which will become effective July 1, 2020, rewrite a 2016 Obama-era policy that primarily regulated for-profit schools.

“If a school defrauds students, it must be held accountable,” DeVos said. “There is no place for fraud in higher education, and it will not be tolerated by this Administration…The new regulations are aimed at preventing this behavior because students deserve better, and all institutions must do better.”

The new rules, among others, include the following:

Critics have some reservations, including:

Borrower Defense To Repaying allows students to have their federal student loans forgiven if a school employed illegal or deceptive practices to encourage the students to borrow debt to attend the school. DeVos believes that the original borrower defense to repaying rule was confusing and unfair to both students and schools. While critics viewed the Education Department’s rewrite as a potential win for the for-profit college industry, DeVos has said that the rule changes will still help students who are victims of fraud.

According to the latest data from the Education Department, as of March 2019, the Education Department has received approximately 240,000 applications for student loan discharge based on the borrower defense rule. Approximately $535 million across 48,000 claims have been granted to students for student loan debt relief. More than 179,000 applications – many from borrowers who attended now-defunct, for-profit colleges – are still waiting for their claims to be processed.

DeVos has said she wants to strike a fair balance between protecting students from predatory practices and creating balanced rules to which colleges can adhere. When the federal government forgives student loans – even if a college committed fraud – taxpayers effectively foot the bill. DeVos expects that the final rules will save taxpayers $11.1 billion.

If you’re not impacted by the final rules, there are other proactive steps you can take regarding your student loans: