In the late eighties, while navigating her divorce with her fellow filmmaker husband, writer-director Aruna Raje delivered Rihaee — starring Hema Malini and Vinod Khanna — a subversive film that unapologetically explored the sexual needs and frustrations of married women in rural corners of India. It was proudly feminist and hence truly ahead of its time. Three decades later, Raje is revisiting some of those ideas in a different world with Firebrand — Netflix’s first original Marathi film, produced by Priyanka Chopra, out now — which follows a divorce lawyer called Sunanda Raut (Usha Jadhav, from Dhag) and is cloaked under a narrative that tackles relevant subject matter: sexual assault and domestic abuse.

Citing official statistics, Firebrand lays bare the India of today, a country of 1.3 billion people where a woman is raped every 20 minutes. What it leaves unsaid is the high percentage of unreported cases, though it does hint at the botched investigations and the lengthy trials, which in turn result in inadequate prison terms handed to the criminals. The film’s protagonist, Sunanda — who hails from an unnamed Maharashtrian village and belongs to a lower caste — is a victim of that broken justice system, which took five years to mete out a judgment on her rape as a minor and eventually handed out a massively-lenient three-year sentence to the accused. It was made even worse by the fact that her parents refused to support her at all, a common occurrence in a country known for “honour killings”. 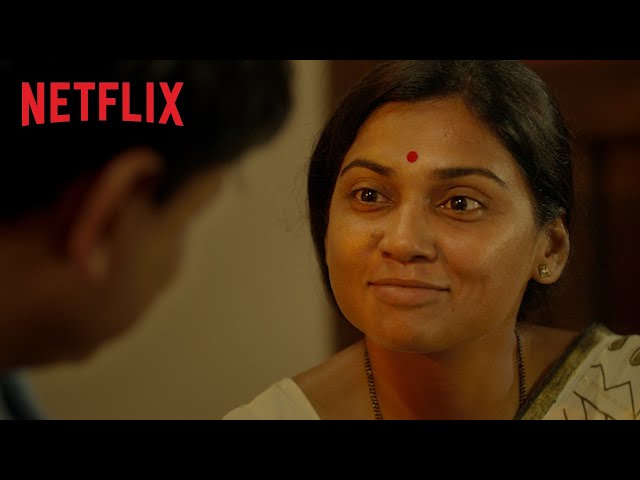 Fifteen years on, now based in the Mumbai suburb of Powai as a successful lawyer, Sunanda has yet to recover from the ordeal, having developed post-traumatic stress disorder (PTSD) that affects her marriage and sex life with her architect husband, Madhav Patkar (Girish Kulkarni, from Deool). Her career, where she regularly fights for oppressed women in failed marriages, clearly owes a lot to the incident as well. No wonder then that Sunanda is a workaholic, who gives so much to her job that she’s developed chronic neck pain as a result. One day, when Madhav offers her a massage, she falls asleep in his arms almost immediately. Seeing her personal life routinely suffer, Sunanda feels she is not being a good wife and guilty over not being able to give her husband what she wants.

But Madhav is an understanding and sensible man, whose values reflect Raje’s and not the prevalent culture of the Indian society he lives in. Sitting across the dinner table one night — most of Firebrand’s deeply-felt moments occur when two characters simply talk to one another — he says that love and sex are two different things, and that they don’t always co-exist. He’s not bothered about the latter for he knows he has the former. “Things will fall into place,” he adds later. Using that as its foundation, Firebrand builds to one of the most radically progressive endings you’ll encounter in an Indian film, one that many may not be able to digest even after much pondering and might reject as incompatible with the world they are part of.

Firebrand espouses the values it puts forth, through its layered exploration of victim identity and PTSD, and touches upon some necessary topics such as the objectification of women, in a country where nuance in mainstream discussions of such topics is sorely missing. But at the same time, the film stumbles in its attempts to comment upon other societal ills by stretching itself too thin. A subplot involving an affluent couple — Divya Patel (Rajeshwari Sachdev, from Sardari Begum) and Anand Pradhan (Sachin Khedekar, from Netaji Subhas Chandra Bose: The Forgotten Hero) — overreaches and underdelivers with its wish to explore self-harm, autism, and depression. It’s unable to do proper justice to any of those elements since it doesn’t have the requisite time. 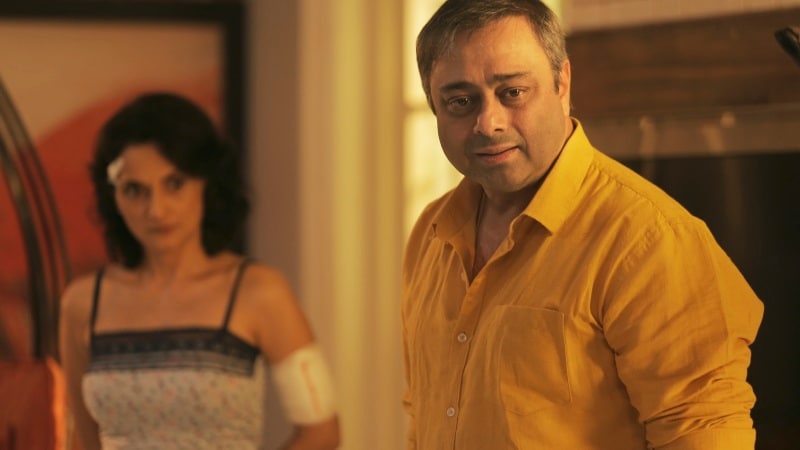 Through their divorce lawsuit, in which Sunanda represents Divya, Firebrand paints a few shades of similarity between the two women. Divya wants to see Anand suffer and aches for revenge, just as Sunanda wants for her rapist, as evinced by the early scene of Sunanda stabbing a soft toy that her psychiatrist asks her to imagine as the perpetrator. But the film is unable to justify the extent of Divya and Anand’s involvement. It doesn’t help that there’s an artificiality to some scenes and they don’t feel lived in, with the notes that actors are asked to hit leaning into theatricality at times, especially those involving Sachdev. Jadhav, one of four National Award winners on Firebrand — alongside Raje, Kulkarni and Sachdev — is the best performer of the lot.

The cinematography from Siddhartha More (Department) isn’t always consistently realistic, with some environments brighter and more evenly lit than they ought to be, including the scenes set in the family court and Sunanda’s office.

On the whole, Firebrand is another hard-hitting Indian film from Netflix in 2019, following the restrained Delhi-based drama Soni. The execution isn’t nearly on the same level, but if Soni was a chilling reminder of the day-to-day realities faced by women, Firebrand is somewhat more fantastical, in that it’s a projection of how Raje wants the world to be. In fact, to borrow her terminology, she’s the real firebrand here, having made a series of dramas and documentaries over three decades that have passionately advocated for women’s rights and agency, in a country that regularly refuses to acknowledge just that. It’s clear from even the film’s smallest, quietly feminist moments, in how the female characters have held onto their last names or reclaimed the use of them.