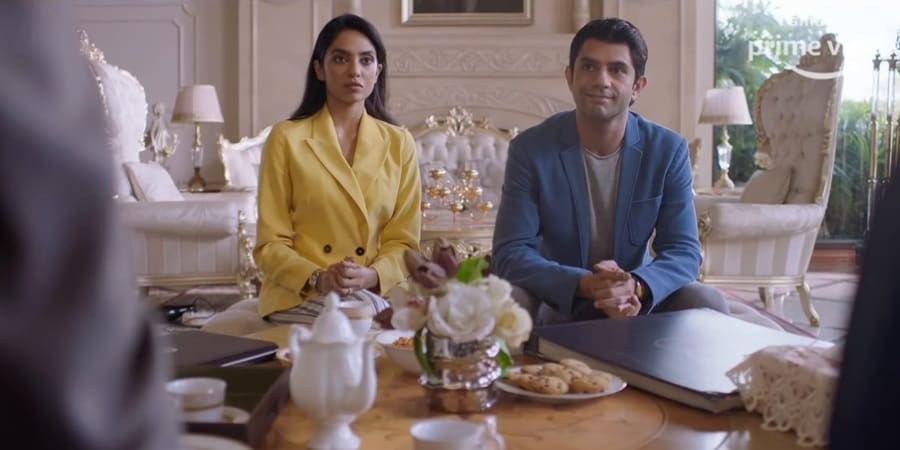 Amazon Prime Video has released the trailer for its next original series from India, Made in Heaven — from the Gully Boy team of Zoya Akhtar and Reema Kagti — which centers on two Delhi-based wedding planners, Tara (Sobhita Dhulipala) and Karan (Arjun Mathur), who run the eponymous wedding agency. Made in Heaven “portrays today’s India as a potent blend where tradition jostles with modern aspiration, set against the theme of the ‘Big Fat Indian Wedding’. Indians believe marriages are made in heaven and it is against these sacred unions that Tara and Karan’s personal journeys are juxtaposed.”

The first Made in Heaven trailer opens by setting up the ethos of Tara and Karan’s wedding agency, before giving us a look at the extravagance of Indian weddings, and the type of clients they service, some of whom are easily persuaded by a simple argument: “More gold.” The trailer then shifts into a darker gear, setting up the personal conflicts of the two protagonists: as a woman, Tara has to justify her career in front of elders, while she’s also having trouble conceiving a child she wants. Karan, meanwhile, has to hide his same-sex relationship from the society. 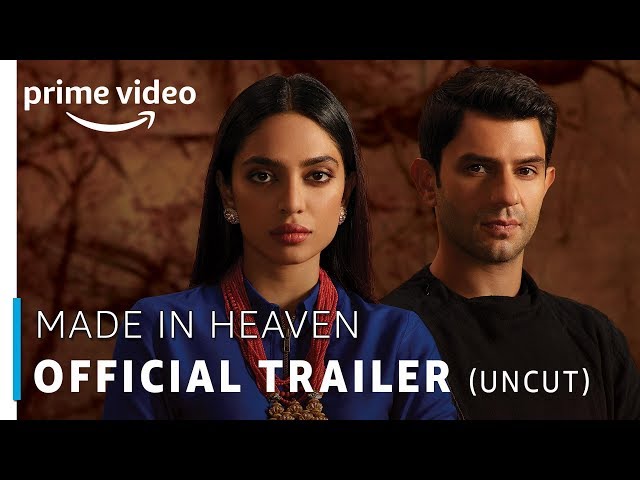 For Amazon and Excel, Made in Heaven is their third partnership after the 2017 cricket drama Inside Edge, and last year’s crime drama Mirzapur. It will be the second original series from India in 2019 for Prime Video, after the critically-panned comedy-drama series Four More Shots Please! in January. Made in Heaven is the first streaming series for Zoya Akhtar and her second streaming project after directing one of four shorts in Netflix’s anthology film Lust Stories. Akhtar and Kagti are frequent collaborators, with their most recent venture, Gully Boy, released this Valentine’s Day.

“Creating Made in Heaven has been a labor of love,” Akhtar and Kagti said in a statement. “Our objective with this project was to tell a story that was inherently entertaining but strong and deeply rooted in our society. Grand Indian weddings acted as just the right backdrop to examine the liberal fabric of educated, modern Indians and their dichotomous value systems that co-exist peacefully at times and at others come into conflict.”

“Made in Heaven holds a mirror to society, bringing to light the tussle between tradition and modernity in India,” Sidhwani said. “The series will certainly make viewers reflect on the state of Indian society – a culture in transition.”

“Made in Heaven brings to Indian customers a show with a fresh storyline, incredible talent and a layered narrative that will draw the viewer in,” Prime Video’s India content chief Vijay Subramaniam said. “Indian weddings are a heady mix of celebrations, drama and intrigue for customers everywhere and this show will offer just that by lifting the veil and looking closely at what transpires behind-the-scenes. We are ecstatic to work with Zoya, Reema and the team and are certain audiences will enjoy this voyeuristic view beneath the veneer of grand Indian weddings.”