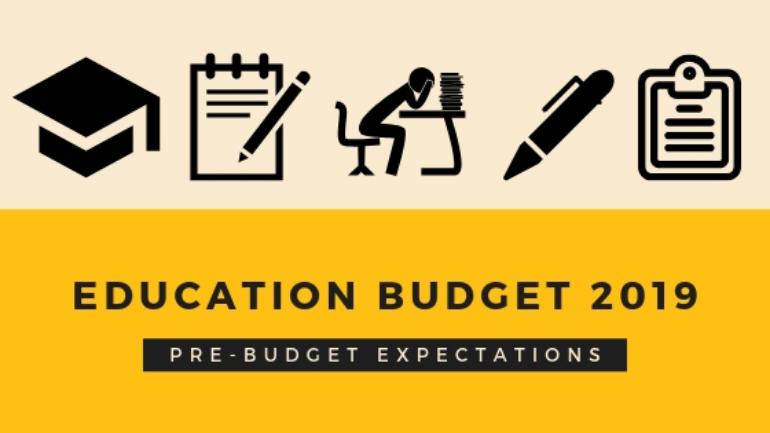 Here are the education budget expectations from education industry experts and professors for the interim Budget Session 2019.

By 2020, the average age of people will be 46 years in the US, 42 years in Europe, 48 years in Japan, but only 27 in India. This means that India’s demographic dividend is a huge scope for us to capture the job market and can be a big boost for the country’s economy. But this can only happen if today’s youth and students are provided with the correct skills to help them secure future jobs. For that, we need a good education budget.

Ahead of the general elections, the government will present an interim Budget tomorrow, February 1. The last Budget session 2019 of the present NDA government is likely to be presented by interim Finance Minister Piyush Goyal in the Lok Sabha, who was given additional charge of the Finance Ministry as Arun Jaitley has gone to the US for treatment.

The education budget of 2018 was one of the least valued at just 3.5 percent. Here is what education experts are expecting from the Budget session 2019: 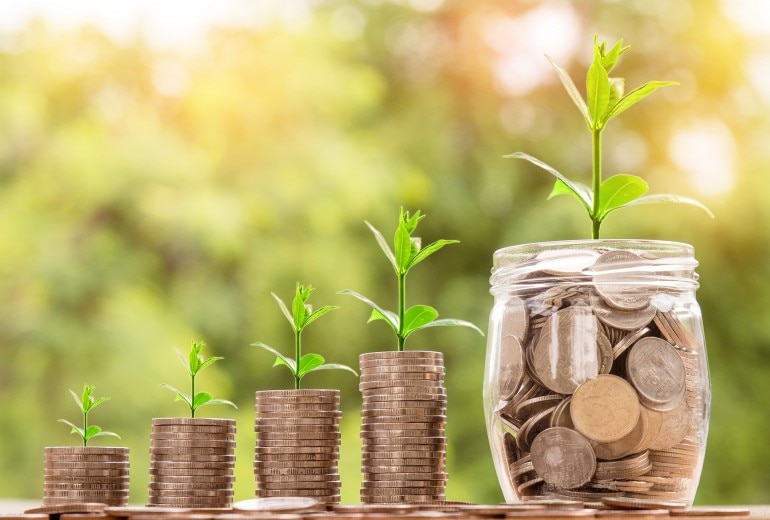 India needs to increase its Education Budget in the Budget Session 2019.

Given the widespread inequality and poverty in India, education needs to play a critical role in bringing about intergenerational social and economic mobility with primary public education standing out as the most important area of focus.

Without a good quality government schooling system, it’s impossible to envision us moving towards a just, equitable, humane and sustainable society. Without that the potential demographic dividend we could benefit from is nothing but a pipe dream.”

“The upcoming education budget needs to take initiatives such as allocating bigger spending on education, provision for proper teacher training along with higher pay and administrative incentives.

Incentives need to be provided to encourage research in all disciplines and for augmenting the technical capacity of the central educational institutions like NCERT, NUEPA, IGNOU and many more.

Furthermore, a comprehensive scheme on lines of Ayushman Bharat can be a great start to improve the quality of education.”

“In an election year, it would be only appropriate to expect that the government will release an optimistic picture of its finances, which is to say that even though expenditures will be shown to increase on account of various programmes being announced ahead of elections, the revenue side will also appear buoyant and on the rise.

The truth of the matter may be more unpalatable, though. India’s fiscal situation is well known to follow a political cycle, and there is a real danger that FRBM mandates will not be respected in projections, and that the signal picked up by foreign investors will be a largely negative one, irrespective of what the budget actually says.

To allay such fears, the government should try to offer as realistic a vision as possible of the future course of policy if it is re-elected, and especially provide indications of how it proposes to solve critical problems of the Indian economy such as insufficient job creation and deficient infrastructure.” 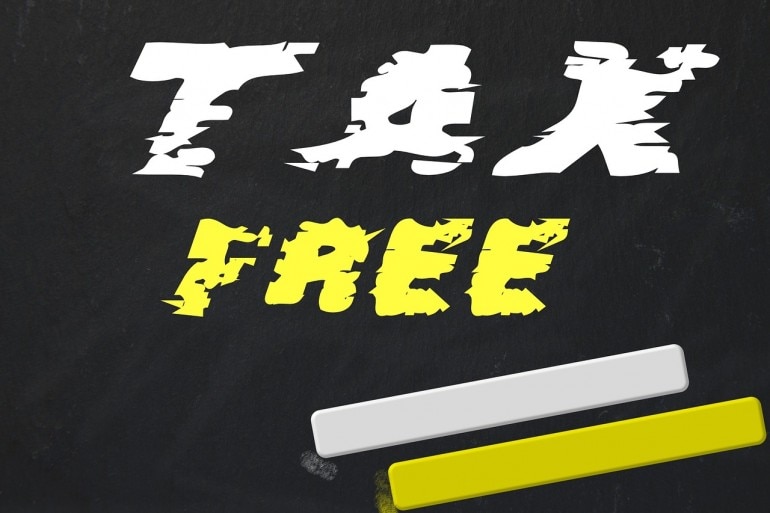 “Two key steps need to be made – education needs more funding by the government, and it must be tax-free. The budget reserved for education reforms has been constantly declining over the last five years.

Currently, ed-tech is taxed at 18% GST which limits affordability to high-income groups. Education is not a luxury. In fact, online learning is the only way to cater to individual needs at a fraction of the cost. This should be made tax-free to lower after-school education costs for students.”

“In a country with over 200 million students, online education can play a major role in improving learning outcomes at a large scale. The government needs to actively support early-stage industries like ed-tech that can create impact at scale.

Today, the GST rate for all educational services outside of schools and colleges is 18%, which is same rate bracket as discretionary items such as perfumes, chocolates etc. The government should move educational services to a no GST or the 5% slab in the Budget session 2019.”

“Speaking specifically of the ed-tech industry, a reduction in GST would greatly help boost a culture of up-skilling among Indians and this is indeed the need of the hour for India to maintain an edge in technical skills.

Education and up-skilling is no luxury and it should not be taxed as such. It’s said that India lags behind even Sudan when it comes to its investments in education and healthcare mapped as a measurement of its commitment to economic growth, according to Institute for Health Metrics and Evaluation. It’s time to change that.”

“With the General Budget around the corner, we have high hopes from the government and expect that a substantial amount would be set aside to the education sector so that we can lay a stronger foundation for new-age learning strategies.

The prerequisite for quality education becoming available to all is the free and easy access to quality e-learning resources. This can be initiated by the government through technologies such as artificial intelligence, virtual and augmented reality and cloud computing.

It is also important to ensure that internet access provided to rural areas is functional so that students from those parts can use it for effective self-learning.”

“For any country, the most significant returns are those garnered from investments made in its children.

The next generation is going to enter a globalized world and will be competing for jobs not just against other students but also innovative technologies that are quickly replacing human jobs.

In order to keep our children in the competition, we need to ramp up our ed-tech sector in the years to come. To that end, Budget 2019 should give certain tax breaks to ed-tech startups to enable them to reach sustainable levels.”

“For any education policy in India to make sense, it needs to address issues and provide solutions at a scale. From that view, potentially game-changing tax reforms in the education space are still pending. There is possibly great potential for vast private energy to be tapped into if tax reforms are brought into this space to make it attractive and competitive for private enterprises to enter, innovate and thrive.

Today, every and any educational idea which falls out of the traditional realm is taxed at par with some of the luxury products. This has to change to make investments into innovative ideas in education’ attractive which is crucial to meet the larger and current needs of an aspiring country like India.

This will also help the sector get rid of undesirable practices of working around these taxation hurdles in the name of the sector being and meant to be a novel, not for profit one. This is not only reducing the efficiency of the space but also killing innovation in education.”

“While the Indian government has done much to safeguard the interests of all stakeholders of education, including students, the upcoming interim budget needs to address some important components of the education sector. Undoubtedly, lowering the GST rates from an existing 18% to expected 5% will make education affordable to students.” “In the previous Budget 2018, the government took key steps in skilling and also increased the funds. In this Budget session 2019, we expect that the government should take key steps in raising the quality of skills to levels demanded by a potential employer or even required for a person to start one’s own business.

The focus should be on integrating strategies to increase skilling outcomes and sustain economic growth. Current skill development initiatives should be integrated with nation-building mission programmes.

As an organization which provides skilling and get funded from the government to execute the Skilling programme, we seek some tax benefits. Constructing the skilling centre requires a lot of physical material which is being charged along with GST. We are not being able to reclaim the GST we had paid in the Inward supplies. Also, we have various certification and degree programmes in Logistics and Supply chain management where we are not being exempted from GST.

Support in terms of medical allowance for students that are being trained in skilling programmes is also required. As technology is changing, the Government needs to allocate more funds to improve the quality and develop excellence in Skilling centres.
The government has promised and initiated schemes in Skilling such as PMKVY 2.0, DDU-GKY, NAPS, Bharatmala and Sagarmala, PMKK etc. These schemes have helped us to reach the rural parts of India – ‘the real India’.”

“Skilling and continuous learning have become sufficiently important requirements in today’s competitive professional landscape so much so that even the Indian government has taken note of it and launched skill development initiatives.

What could accelerate India’s skill development story even further and provide fodder to corporate growth is a ‘skilling allowance’ for all tax-paying individuals. Such a rebate that rewards continuous learning will go a long way in creating an industry relevant workforce that can make India a skill hot spot.

Continuous learning is a necessity and not just an option anymore and by treating it on par with necessary allowances such as HRA, LTA, DA & others, GOI would be doing India a great service. After all, India’s biggest strength is its human resource.

Such an allowance will also be beneficial to IT, ITes industries which are subject to frequent skill churn and the ed-tech industry which has been working towards addressing this skilling need on ground.”