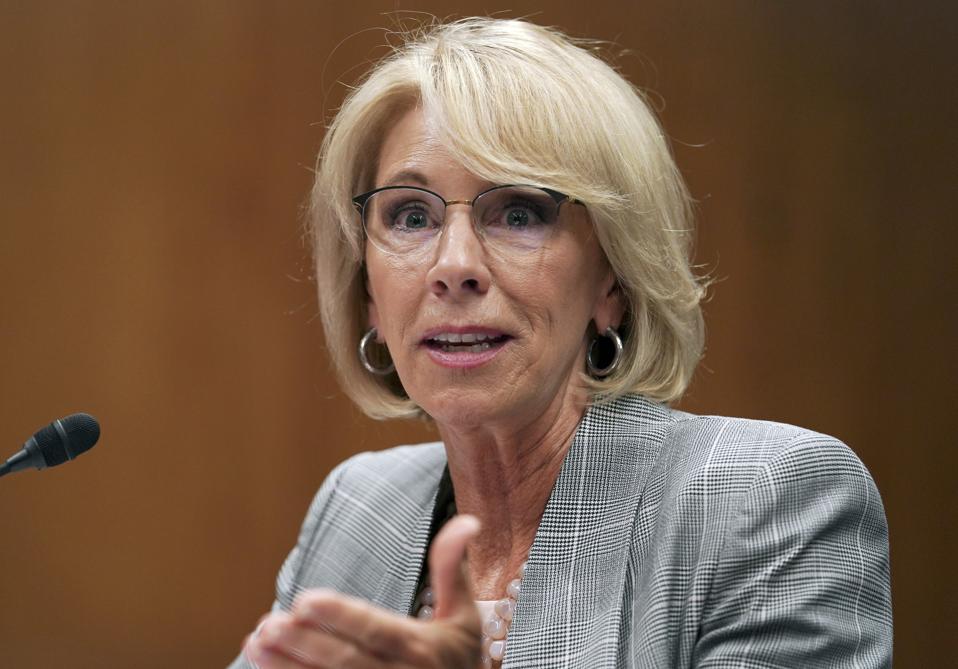 It’s been a bad few weeks for Betsy DeVos.

The Secretary of Education is battling multiple lawsuits brought by student loan borrowers, and she just suffered major setbacks in two of the cases.

Both of the lawsuits involve a program called Borrower Defense to Repayment. The program was formalized in 2016 under the Obama administration to provide student loan borrowers who were defrauded by their schools with a pathway to relief and possible student loan forgiveness. The process involves completing an application and submitting it to the Dept. of Education, along with supporting documentation and records. While the applications are pending, collections activities (such as wage garnishments or seizures of federal tax refunds) on the underlying student loans are supposed to be paused.

When DeVos took over the U.S. Department of Education in 2017, her administration tried to rewrite the rules governing Borrower Defense to Repayment, and stopped processing applications, leaving around 160,000 borrowers in limbo. In some cases, the Department of Education continued to illegally seize borrowers’ wages and tax refunds to satisfy defaulted student loans, even though collections was supposed to cease pending the outcome of Borrower Defense to Repayment applications.

In her second loss, a federal court certified class action status of the tens of thousands of student loan borrowers whose Borrower Defense to Repayment applications have been ignored or stalled, in some cases for years. The Department of Education’s objections were overruled. This allows the lawsuit to proceed as a class action case.

Both lawsuits were brought by the Project on Predatory Student Lending, based in Boston, Massachusetts.